The Exhibition presented the coinage of ancient Cretan cities and the circulation of coins on the island, in order to shed light on aspects of these cities’ history at a time that remains somewhat obscure to research, that of the Classical and Hellenistic times in Crete.

Coins are indisputable witnesses to social developments, while the study of their iconography reveals important historical data relating to religion and cult practices, to the economy, as well as to contacts, commercial or other, even alliances forged both between the cities themselves and with the rest of the Mediterranean world – and beyond. The study of numismatics shows that, in historical times, city-states existed in Crete that were defined by indigenous populations, self-sufficiency and a distinct local identity. It is estimated that forty mints operated in Crete during the Classical and Hellenistic periods.

The Exhibition featured Coin-O-Rama, an interactive system developed by the Institute of Computer Science (ICS) of the Foundation for Research and Technology – Hellas (FORTH), which offers visitors blow-up images of the coins on display and additional information about them. The application also enables visitors ‘to make their own coin’. 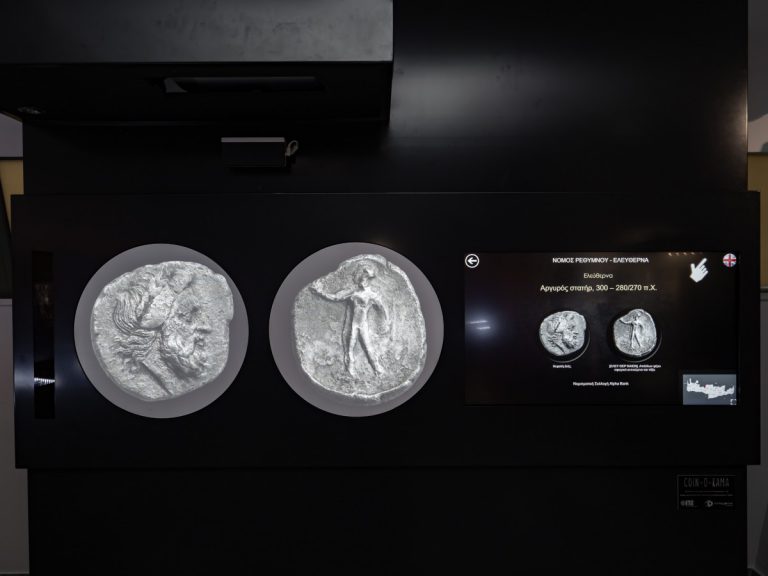 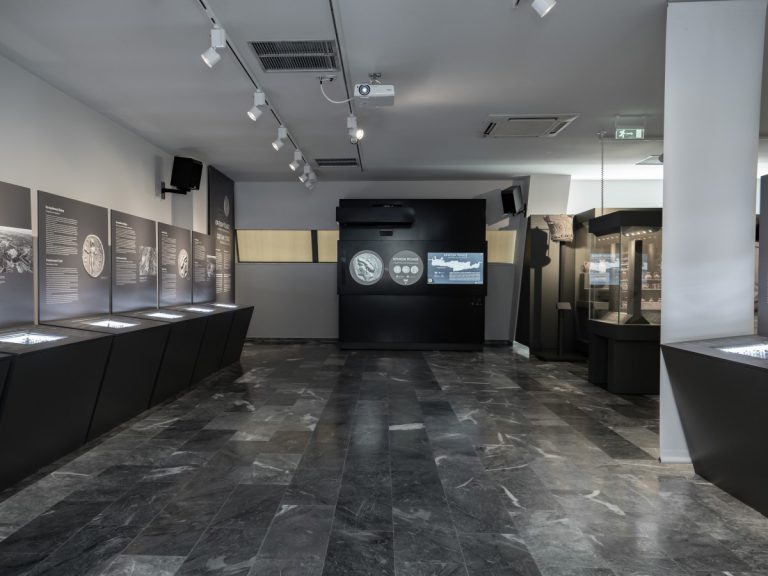 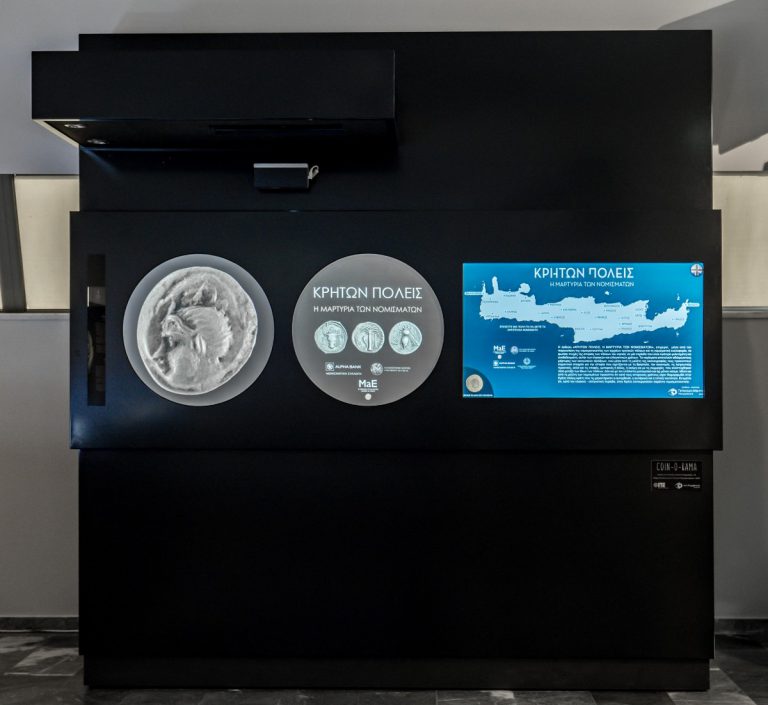