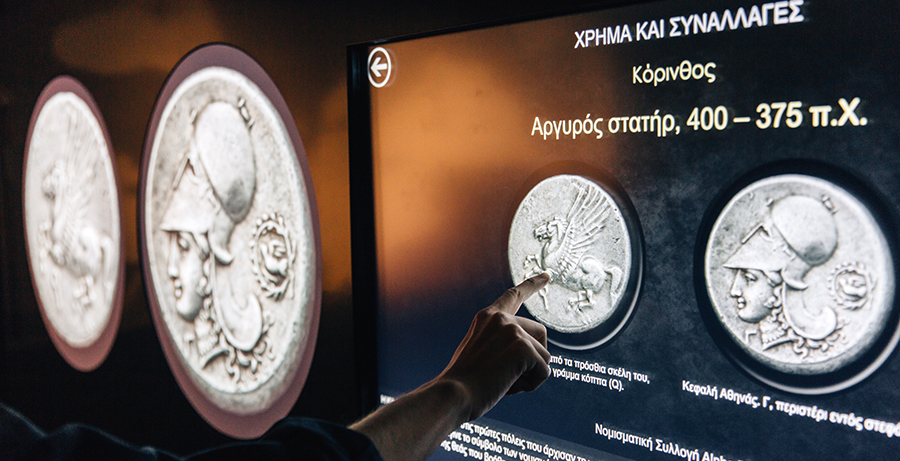 The Museum of Cycladic Art and the Alpha Bank Numismatic Collection, in their first ever collaboration, have organized a major exhibition entitled ‘MONEY. Tangible symbols in ancient Greece’.

The exhibition presents a different side of coins, which first appeared in the late 7th century BC. During antiquity, the coin also had another use, one that is related to its iconography: it was a symbol as well as something that people could hold in their hands, it was a tangible symbol.

The exhibition is structured along eight thematic units, in which 85 coins from the Alpha Bank Collection are exhibited together with 159 objects (clay vases, terracotta figurines, marble and bronze statuettes, reliefs, gold jewellery, measuring vessels, coins from closed assemblages and inscriptions) from 32 archaeological museums and collections in Greece, Italy, France and the United Kingdom, whose iconography is linked directly to each unit’s content.

Alpha Bank invited the ICS-FORTH AmI Programme to participate in the exhibition and thus designed and developed the Coin-O-Rama. This interactive system offers visitors to the exhibition an overview of the ancient coins shown and gives them the opportunity to create their own personalized souvenir: Their portrait in the form of an ancient coin. When ‘MONEY. Tangible symbols in ancient Greece’ closes in April 2018, Coin-O-Rama will be permanently installed in the Alpha Bank Culture Store. 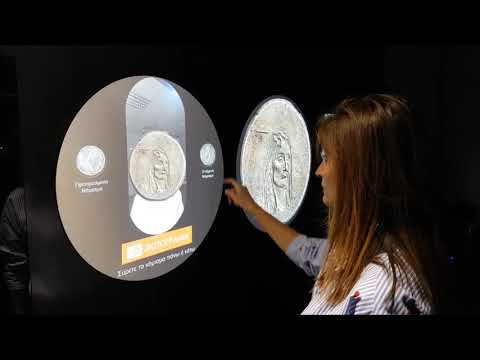 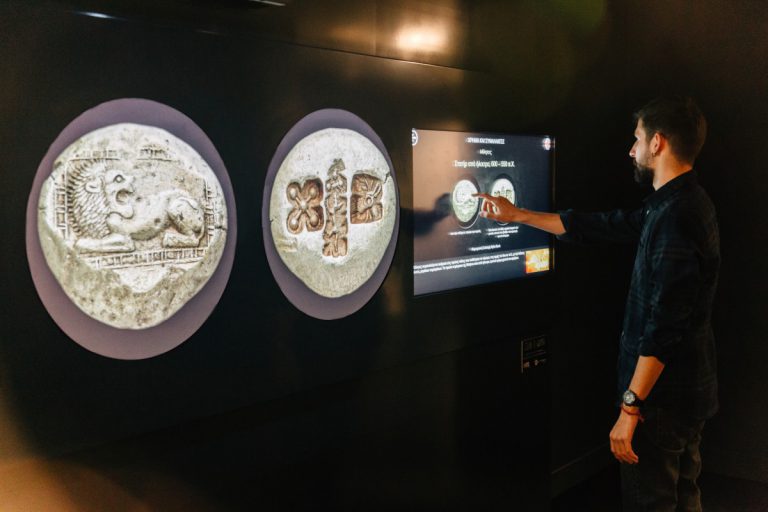 Man interacts with the system CoinORama 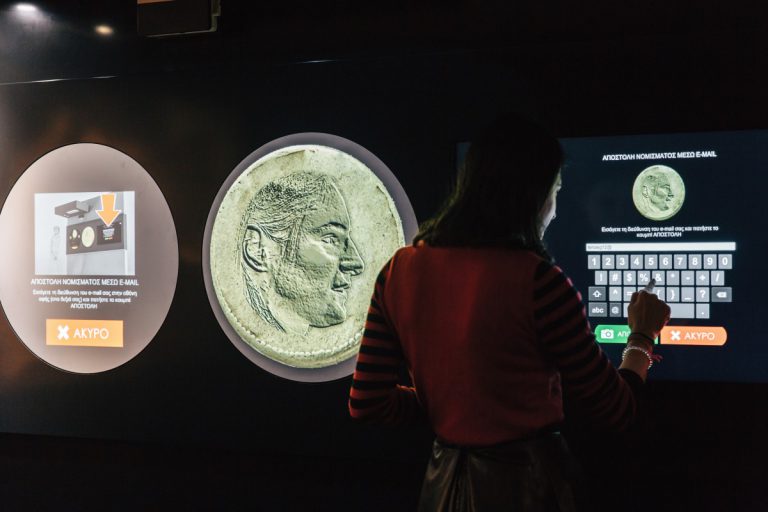 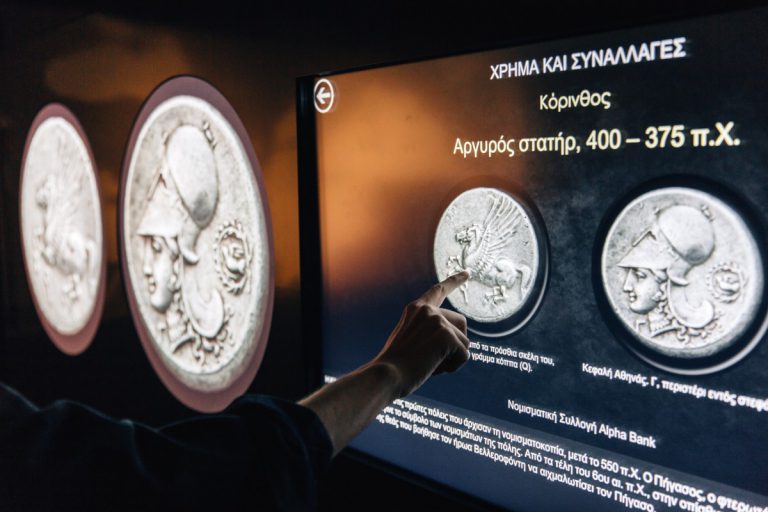 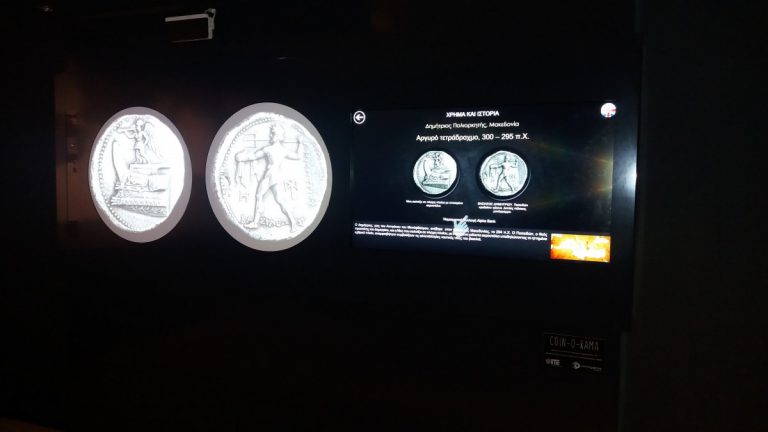 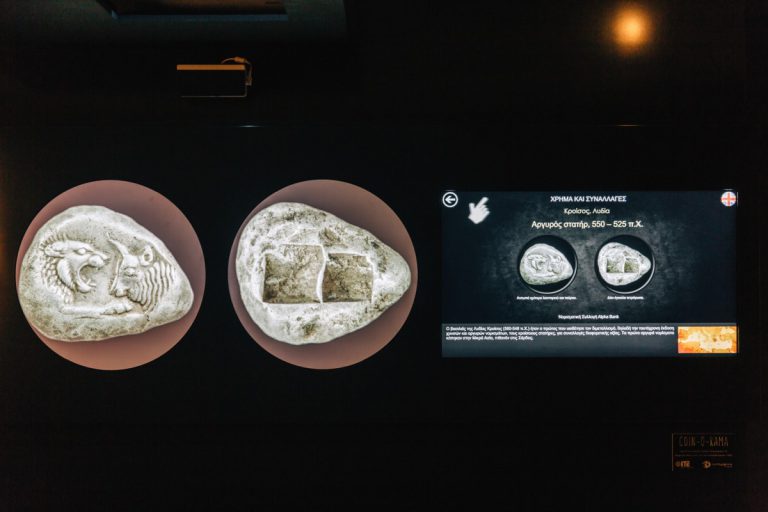