AmI Playfield is an Ambient Intelligent (AmI) environment for learning which offers an innovative approach, emphasizing the use of relatively low-cost kinesthetic and collaborative technology in a natural playful learning context, while also embodying performance measurement techniques.

AmI Playfield is composed of the following modalities:

A math game has been designed to help young students learn the four fundamental mathematical operations, using numbers from 1 to 100. The playfield consists of a carpet displaying 100 squares, some of which have an apple. Children are separated in two groups: the first group aims to collect as many apples as possible and the second one aims to catch their opponents. Children can move between squares by correctly calculating the mathematical operations. Output is provided multimodally with visual information displayed on a large screen for the whole class to view, and auditory feedback available for each player individually. Students’ activities are monitored in order to provide appropriate personalised feedback, guidance and useful statistics. 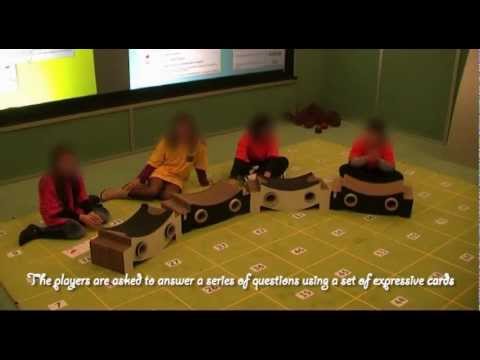 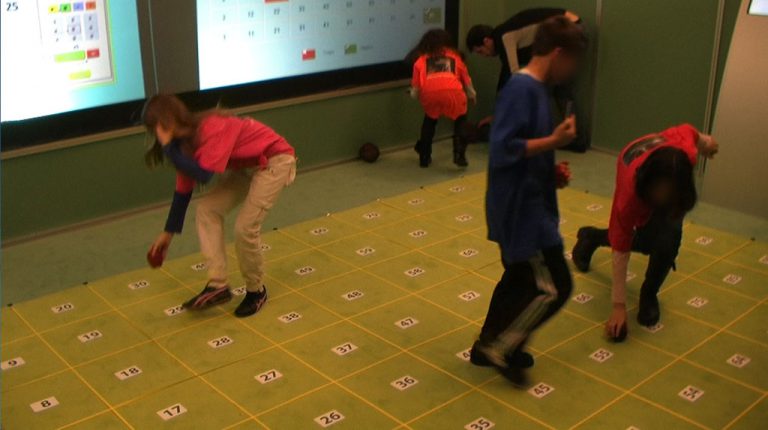 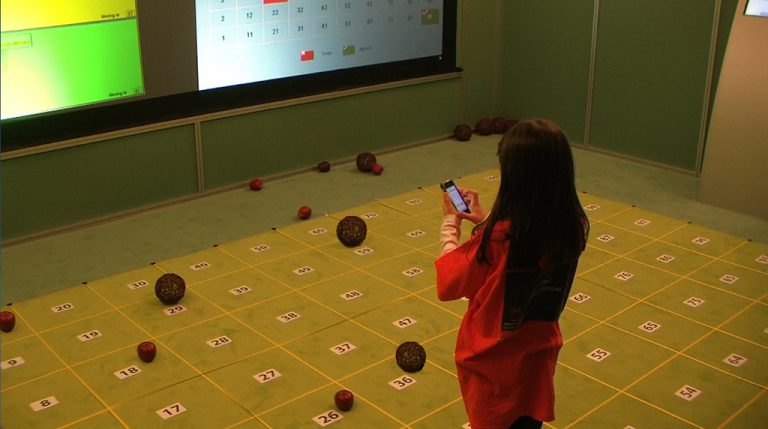 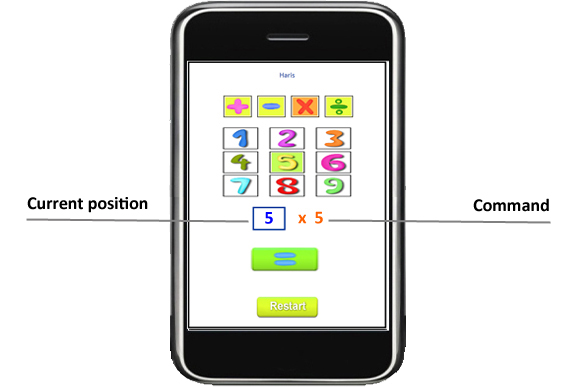 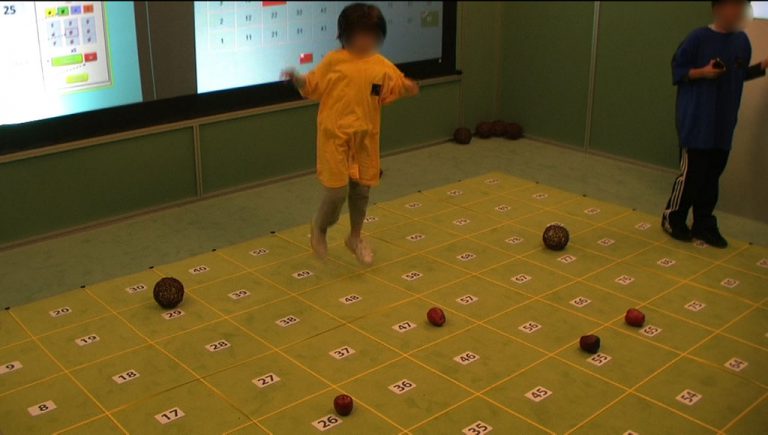 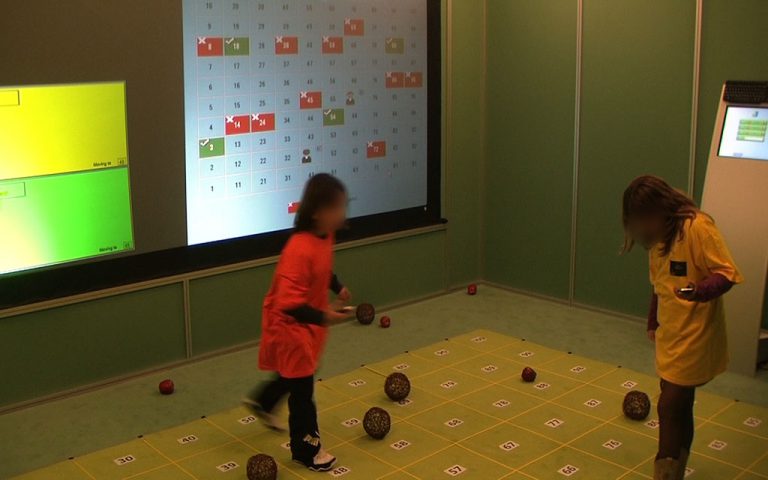 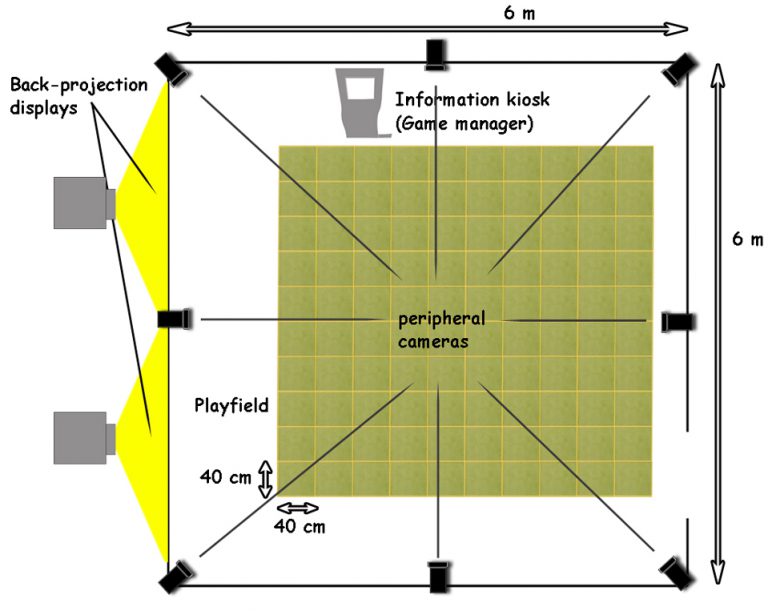 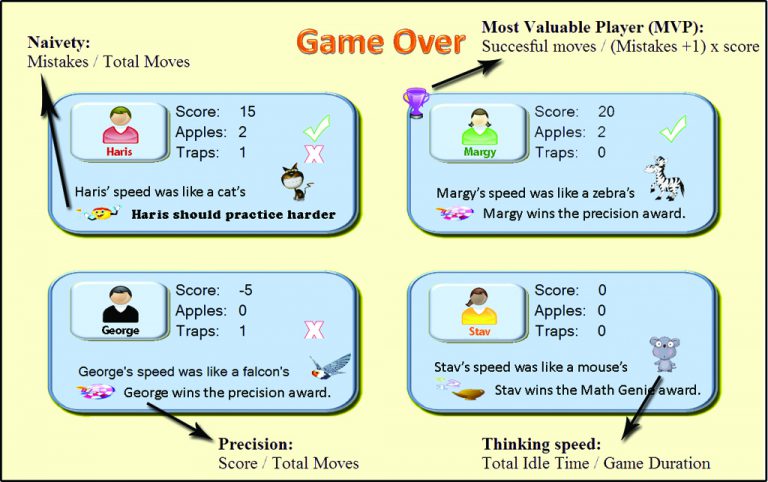 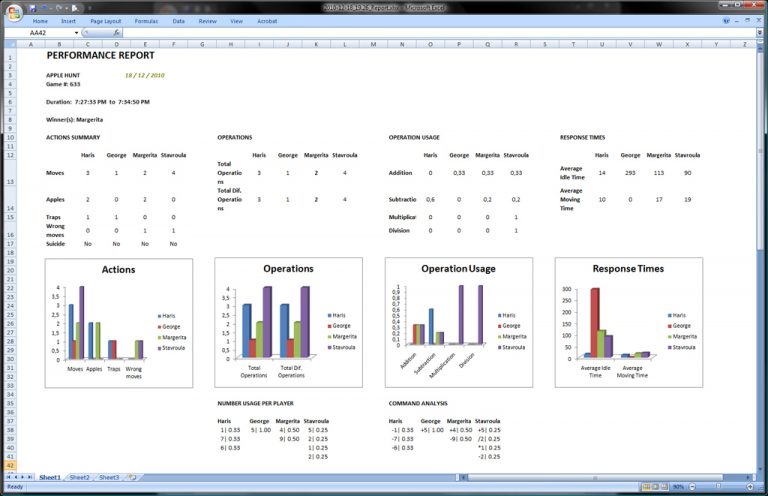