Communication middleware layer for Ambient Intelligence Environments. The middleware layer is based on CORBA and offers intercommunication facilities among the low-level services that control and monitor the hardware components and the interactive applications. The middleware layer provides libraries and tools to enable software developers to create services with a true Object-Oriented Application Programming Interface (API). These services can be developed and used from programs written in any of the supported programming languages (C++, .NET, Java, Python, and Flash ActionScript). Additionally, the middleware effectively allows services to be distributed across the network, hiding the details of network connections and data serialization from the programmers. In its current form, this middleware is used by all the developments effort conducted in the context of the AmI Programme of ICS-FORTH. 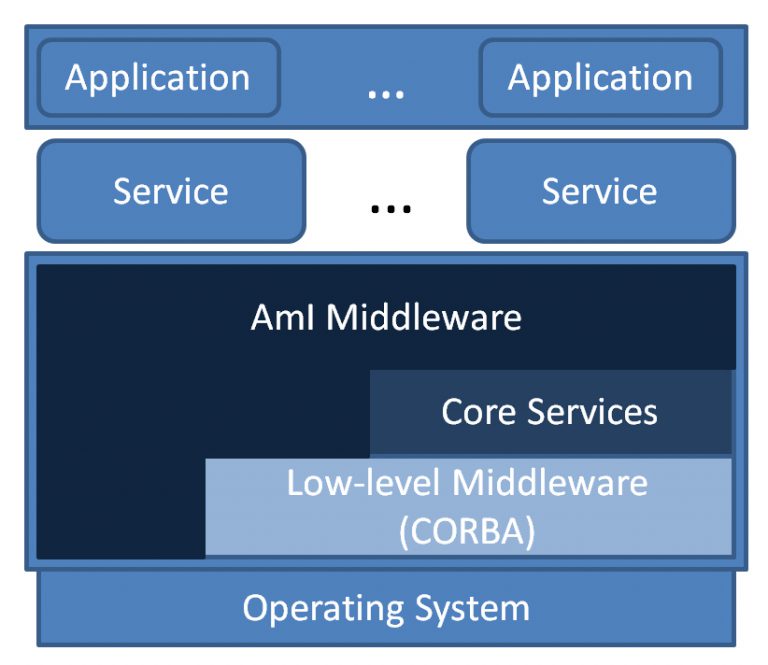