The Interactive Wall supports games that can be played by one, two or more players simultaneously, using their entire body, in a space of about 3 x 3 m comprising a large projection area.

Players control the game using their “virtual” shadows which are projected on the screen and follow their body movements.  A Kinect-based PC exergame, involving physical activity as a means of interacting with the game. The game is projected against a large surface. Kinect’s depth camera is used in order to render a virtual shadow of the players.

The rationale for using the players’ shadow is two-fold. On the one hand, it is easier for people, especially “non game-players”, to identify their shadow rather than an avatar, thus achieving a higher level of control and immersion. On the other hand, this approach allows for maximum flexibility regarding the number, posture and size of players, as well instantly joining and leaving the game, thus maximizing the opportunities for social interaction.

Players have to use their shadows to direct specific items in (e.g., products) or away from (e.g., garbage) their baskets. Also, in some game variations players may also have to put different items in each different basket.

During the game, the players get photographed by the system. At the end of the game a small printer prints out a voucher containing score information, a web address from which players can download their game photos as well as information about items for gifts or promotions earned during the game. In some, in installations an additional touch screen is also used as a means of seeing and immediately sending the photos to an e-mail address.

Moreover, Interactive Wall has been installed with remarkable success in four different exhibitions and public events, as advergame (called “Paximadaki”) in order to promote the brand and products of a company producing Cretan rusks.

The gameplay is simple, straightforward, and has very clear goals. Players perceive their bodies as shadows projected on a brick wall. Depending on the players’ number, there may be one or two baskets at the two bottom sides of the wall. A ‘rainfall’ of rusks starts. Players must use their shadows to put the rusks into their basket. Rusks that fall on the floor are broken into pieces. The game ends when a certain number of rusks have fallen.

An app version of the “Interactive wall” system is also available for Android, iOS, and Windows 8 mobile devices (smartphones and tablets).

The system is a very effective marketing and advertising tool (i.e., “advergaming”) targeted to public spaces, exhibitions and points of sale. Up to now it has been installed in 7 large public exhibitions, 2 airports and 2 seaports in Greece. Furthermore, the system can support active, fun educational activities for all ages.

Up to now the game has been installed in numerous events and public spaces and has been experienced by more than 5,000 distinct players with ages ranging from 2 to 78 years old. 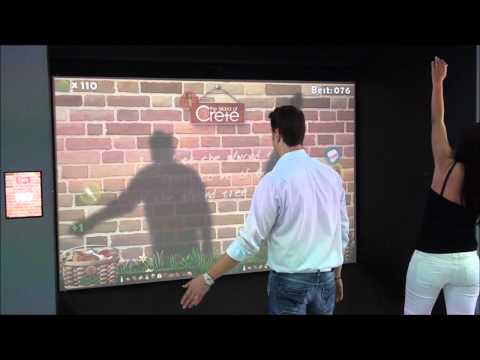 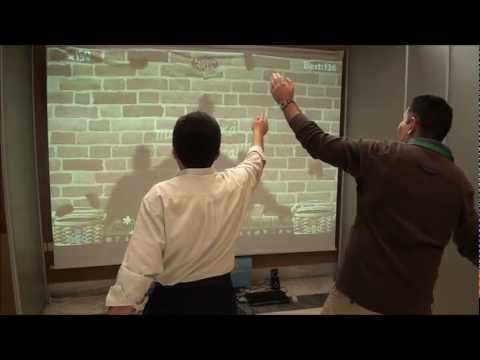 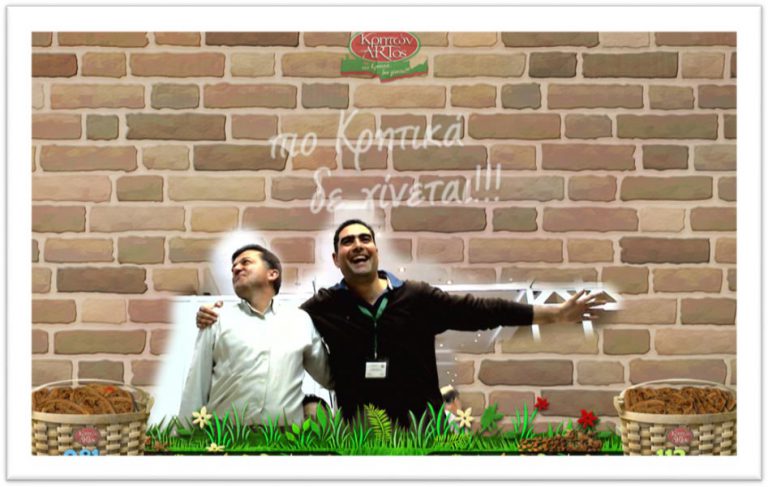 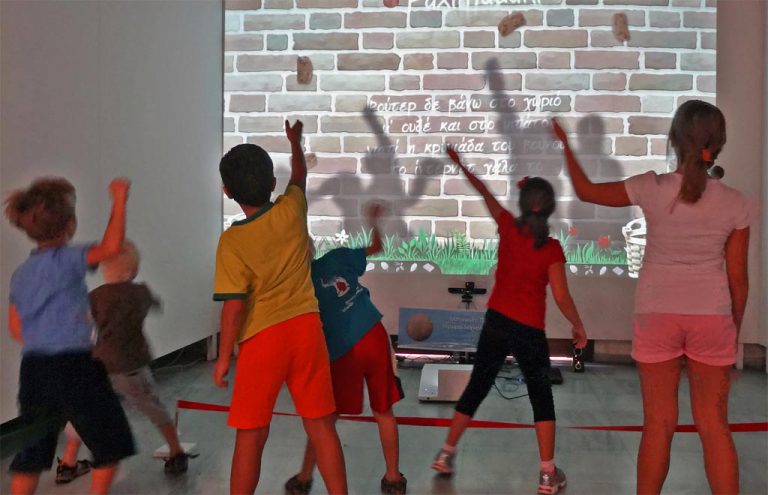 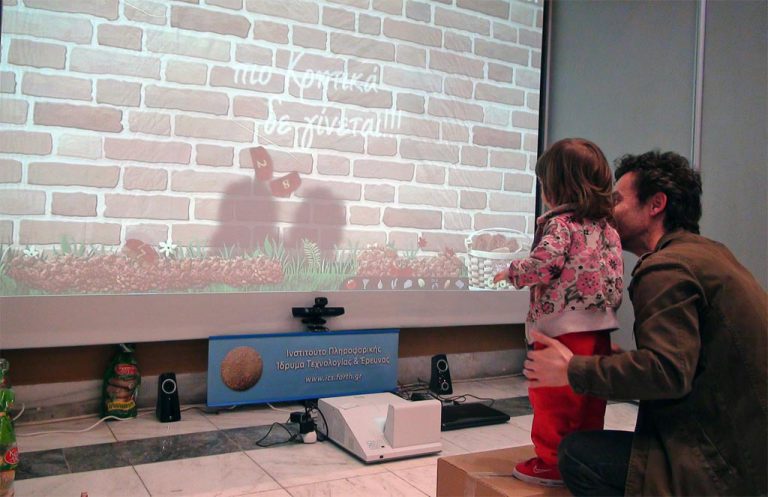 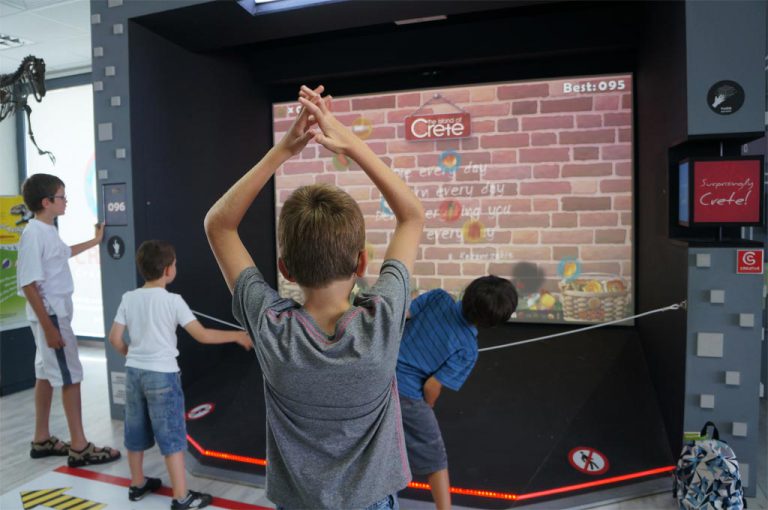 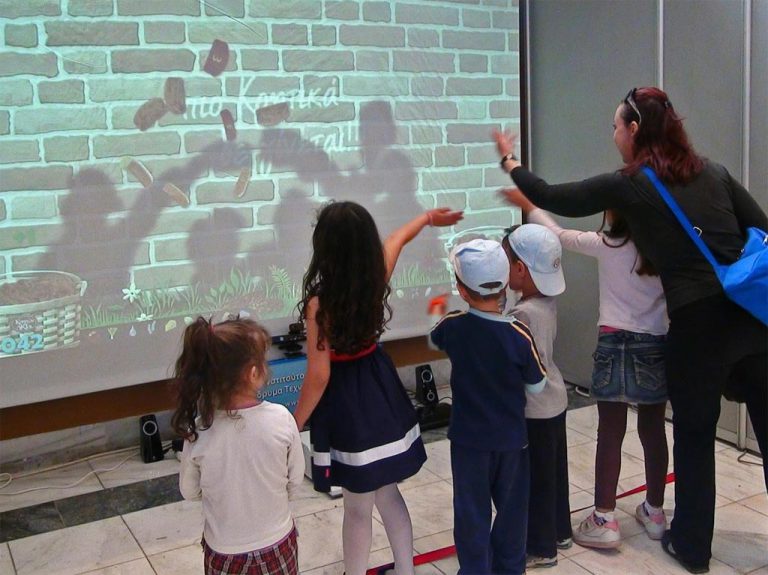 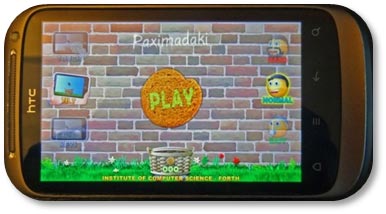 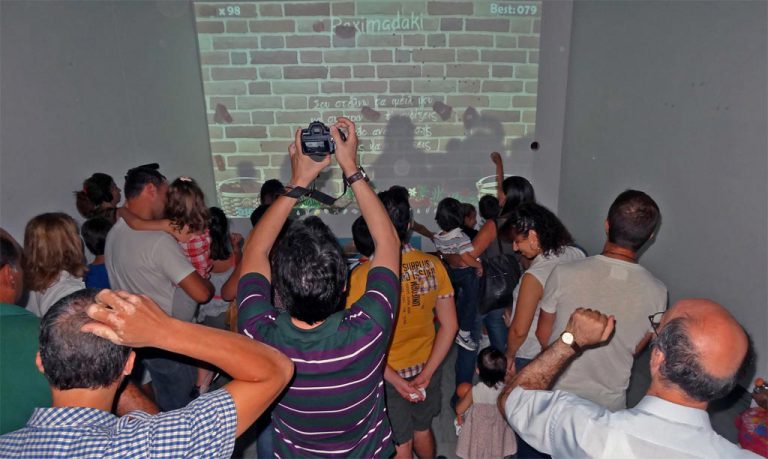 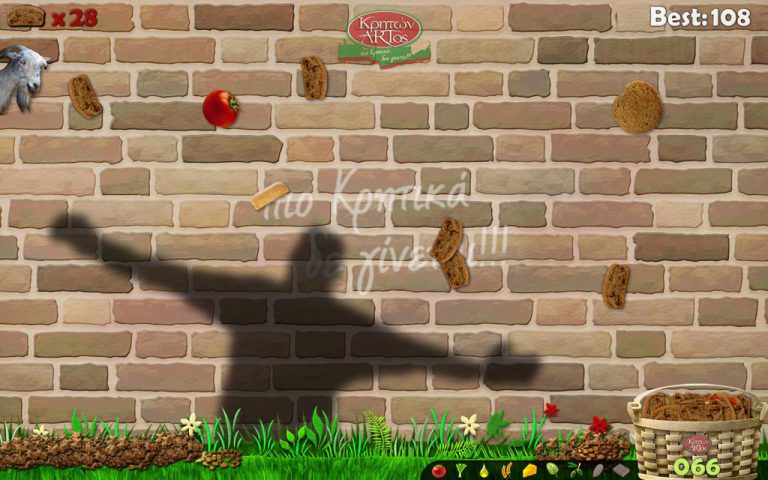 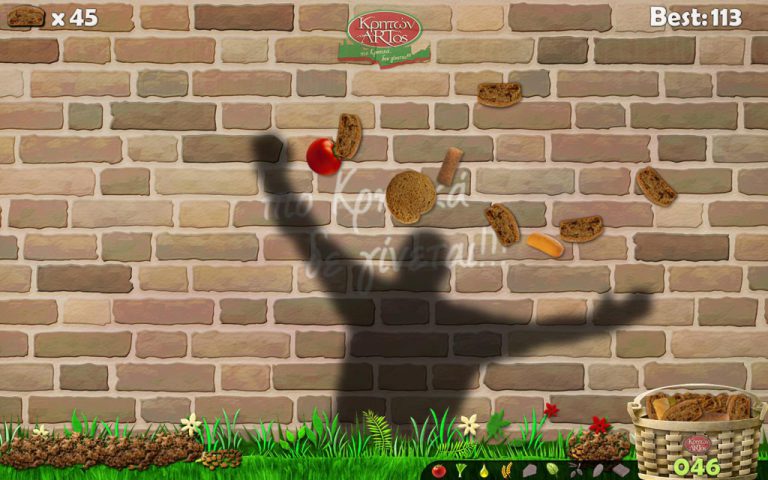 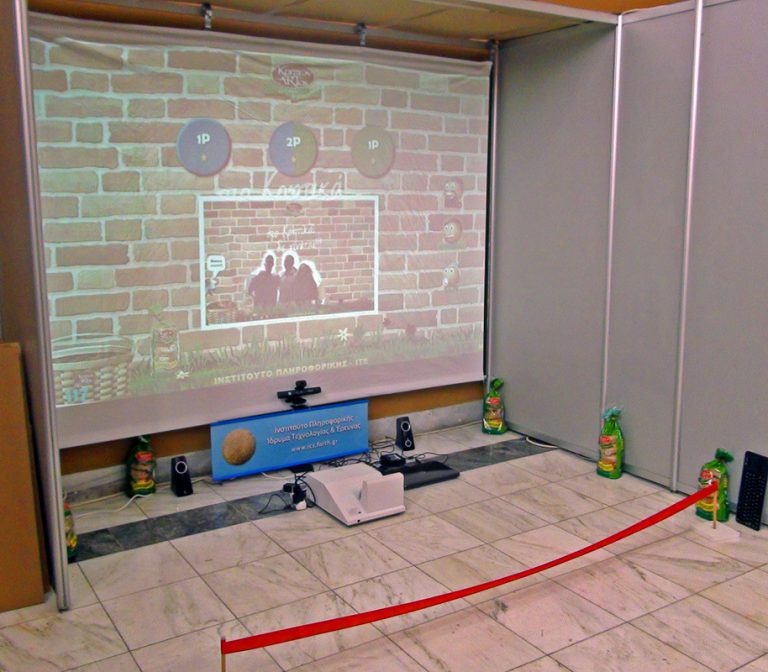 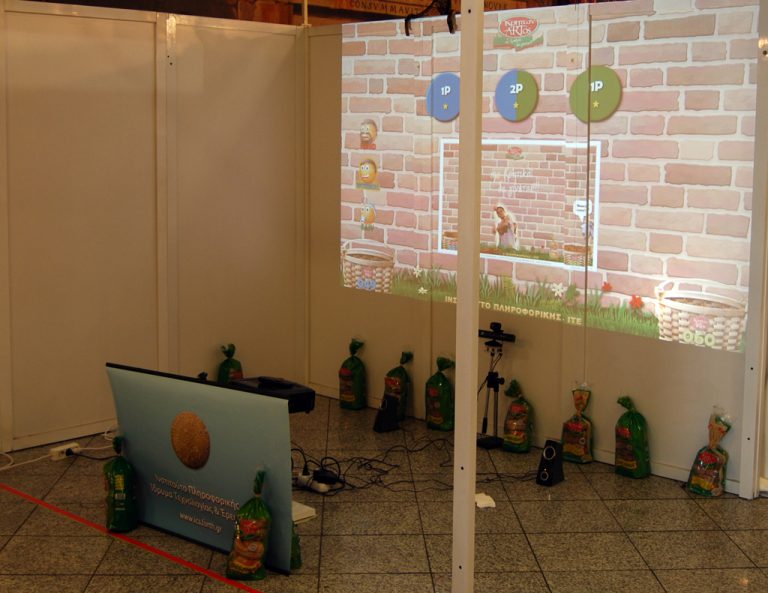 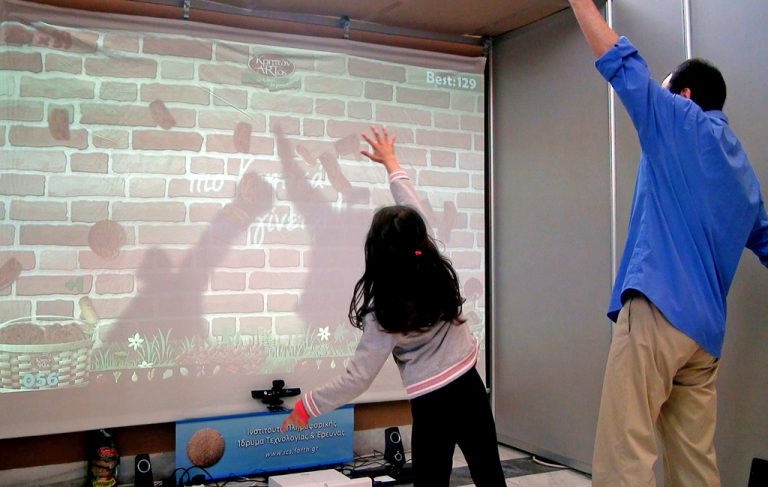 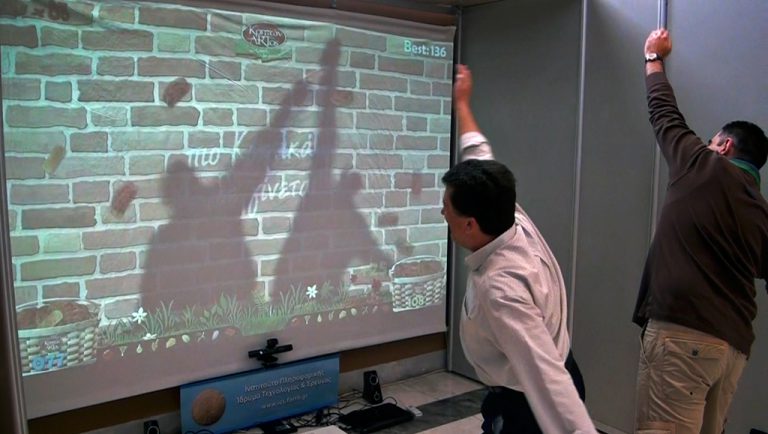