The new intercity bus terminal of KTEL Heraklion-Lassithi SA in the renovated “Athena” building complex was officially opened to the public in June 2018. In this new, prototype terminal station, the company will offer advanced services to travelers and is collaborating to this effect with the Institute of Computer Science of the Foundation for Research and Technology – Hellas (ICS-FORTH).

ICS-FORTH’s cutting edge technologies have been incorporated in the innovative bus terminal station of KTEL Heraklion-Lasithi SA with the aim of enhancing the ways the public receives information about itineraries, destinations etc. Thousands of visitors and inhabitants of Heraklion have access, since June 2018, to a series of digital interactive systems that provide enriched information in order to promote local Cretan traditions and civilization.

ICS-FORTH interactive systems currently in operation in the “Athena” building include: 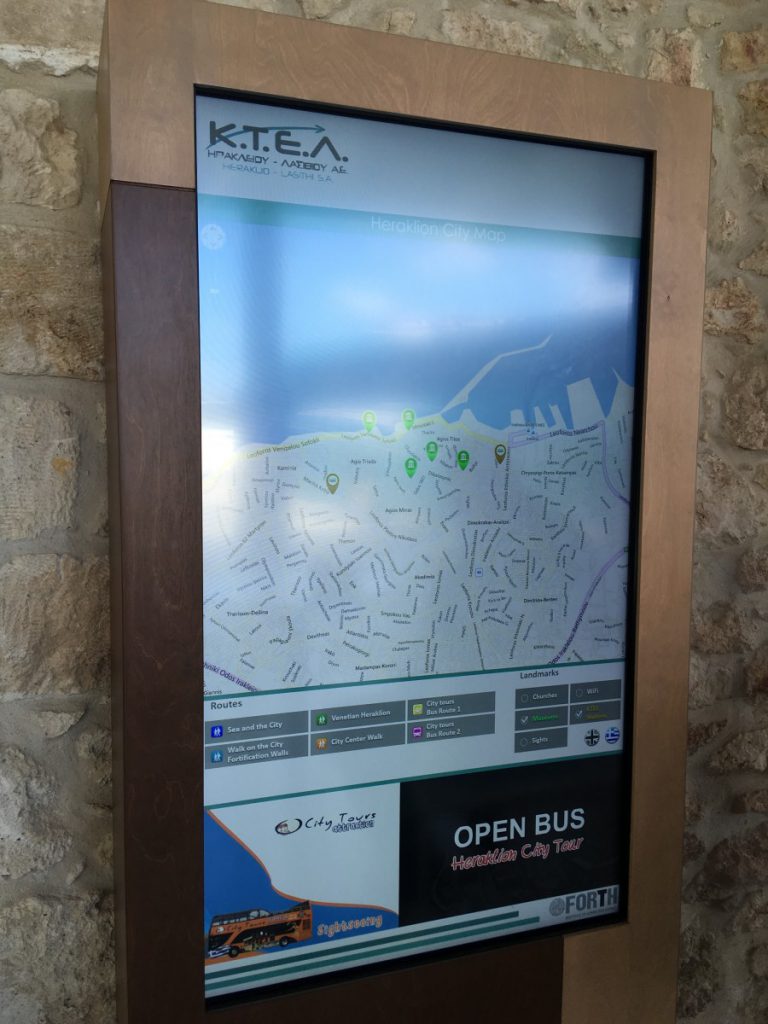 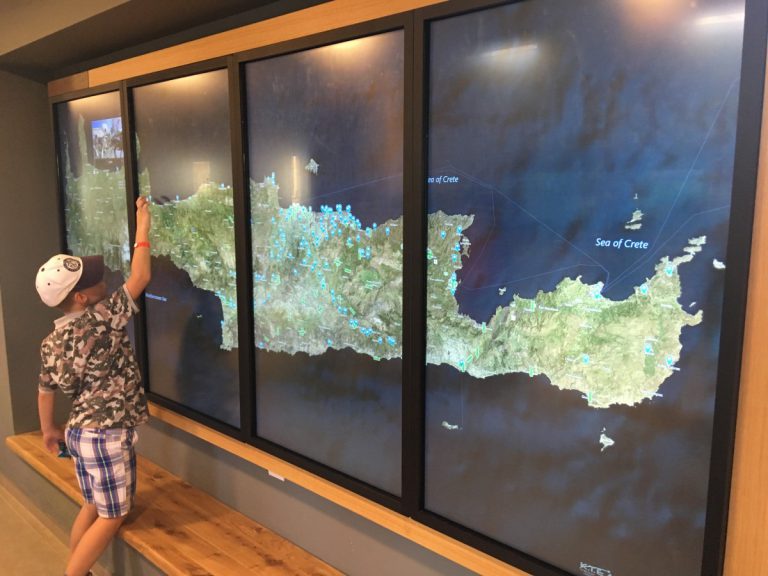 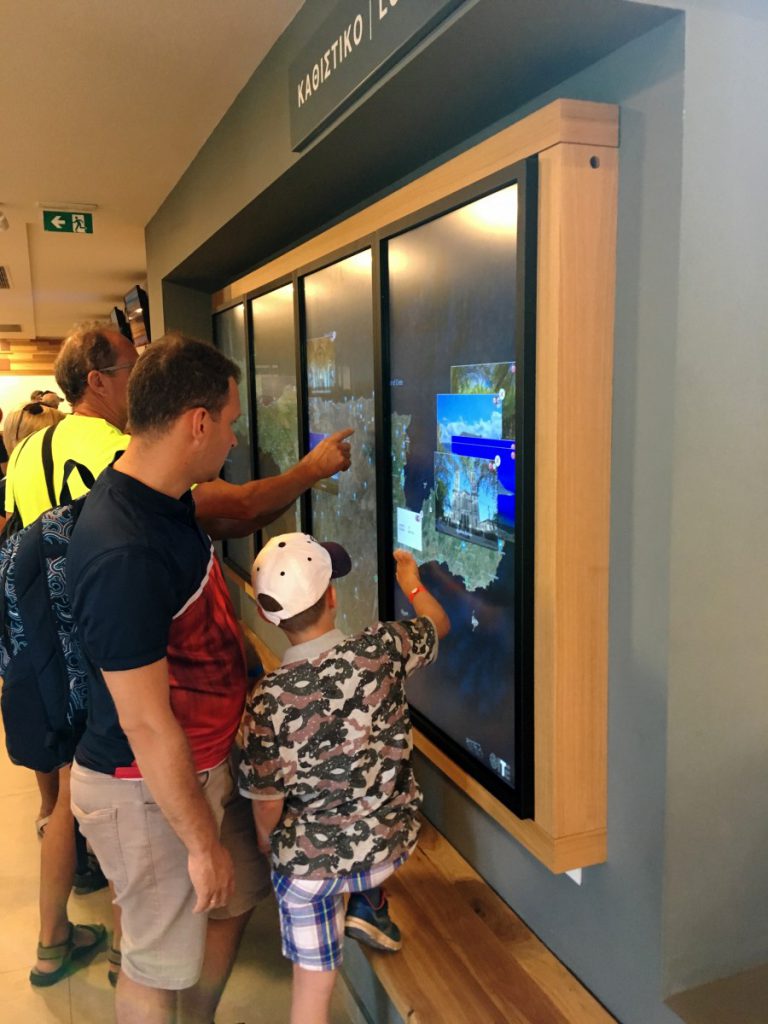 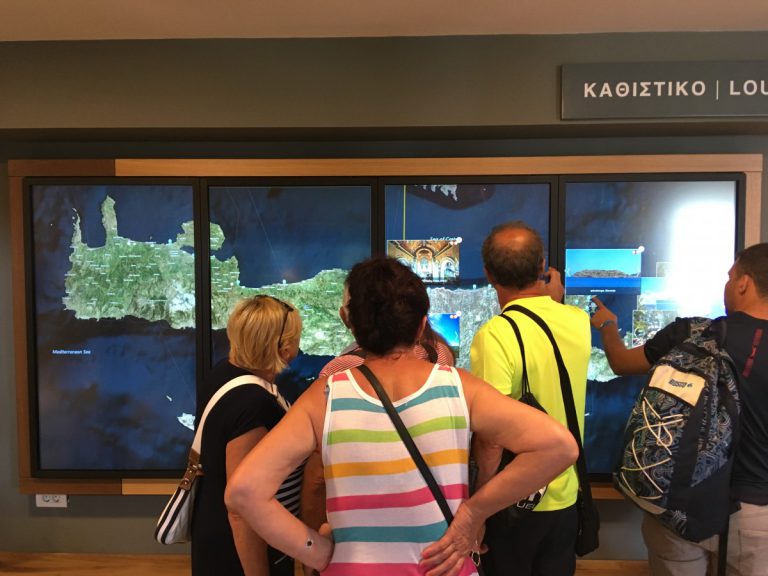 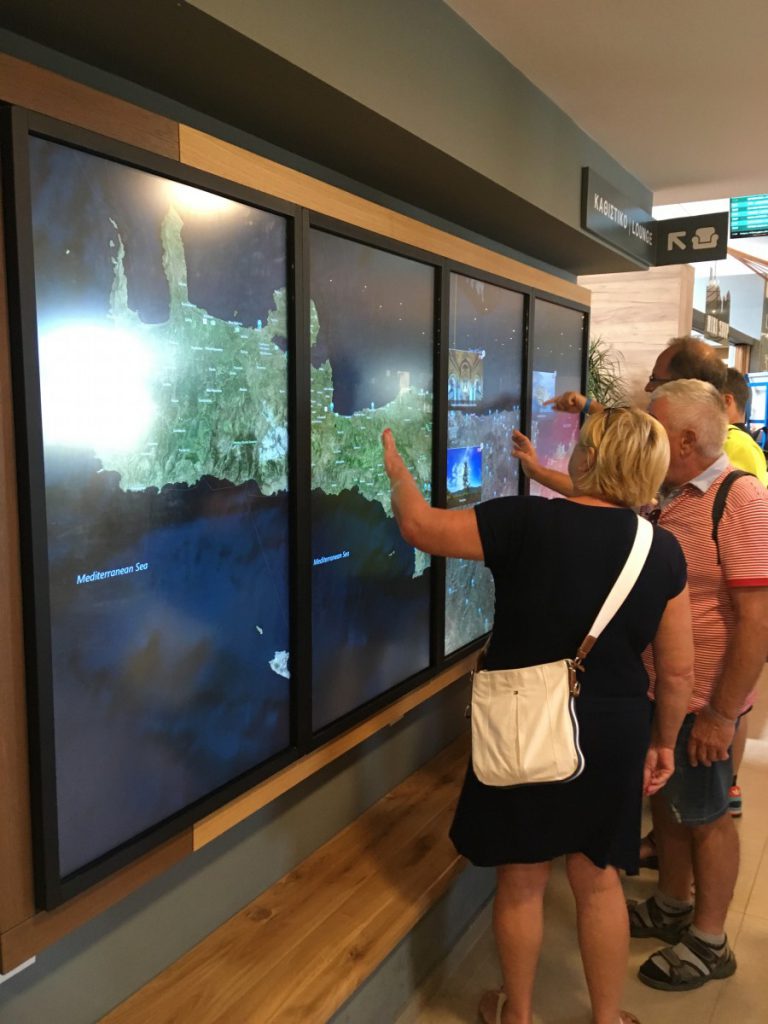 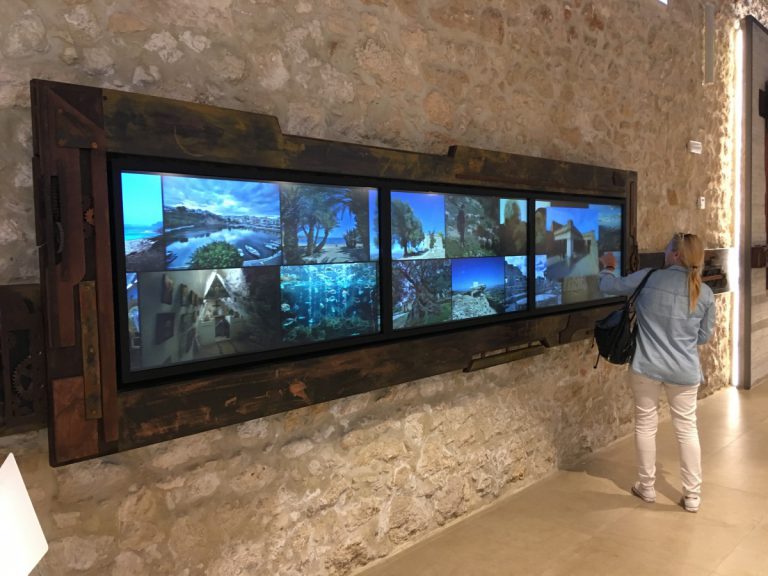 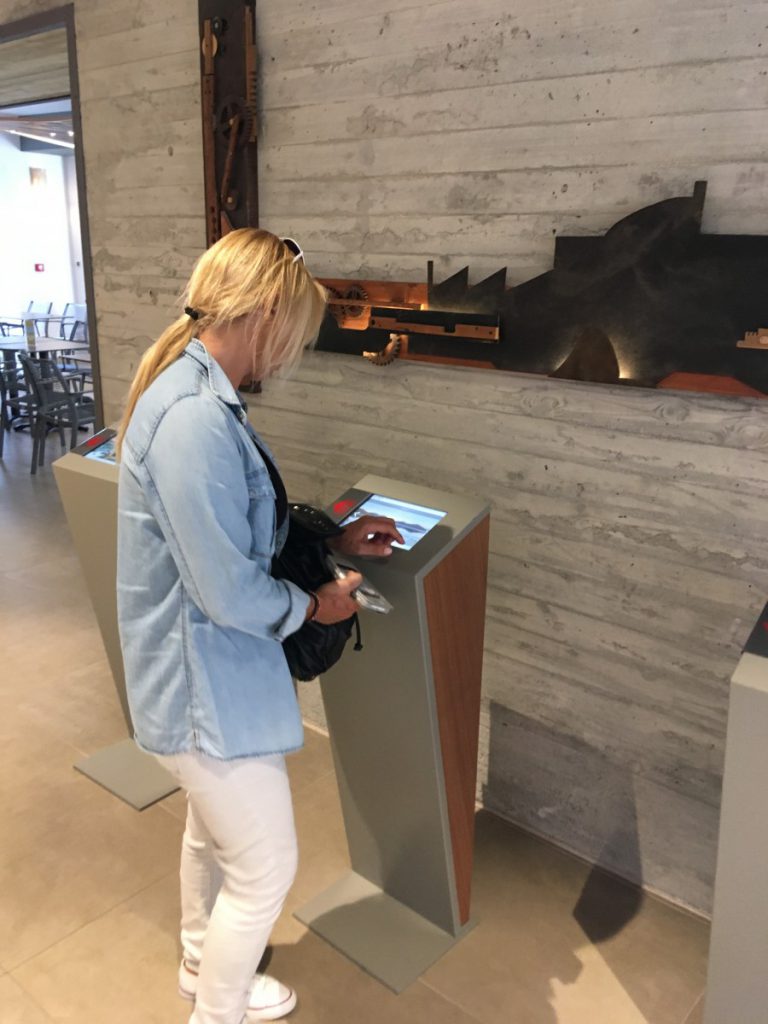 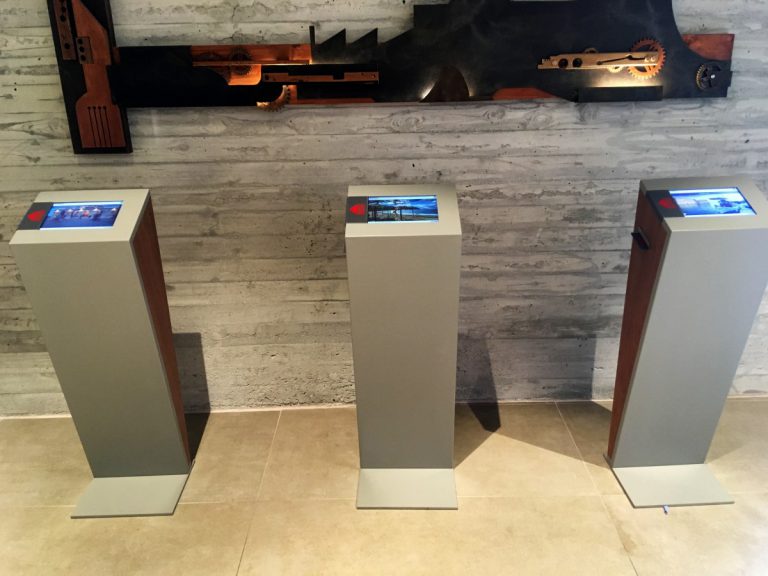 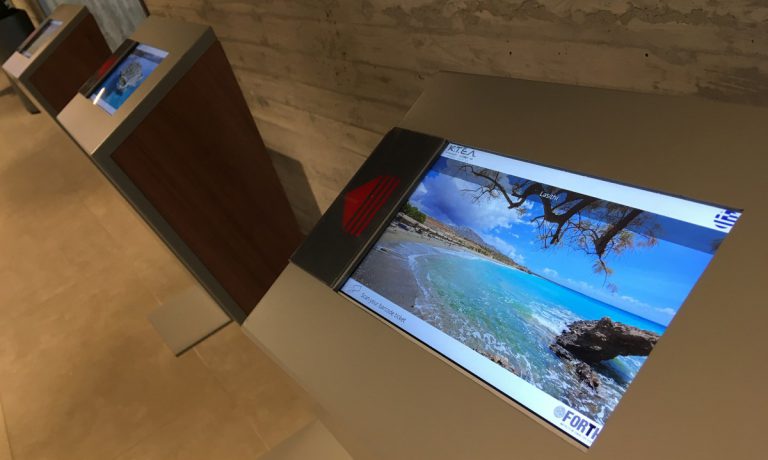 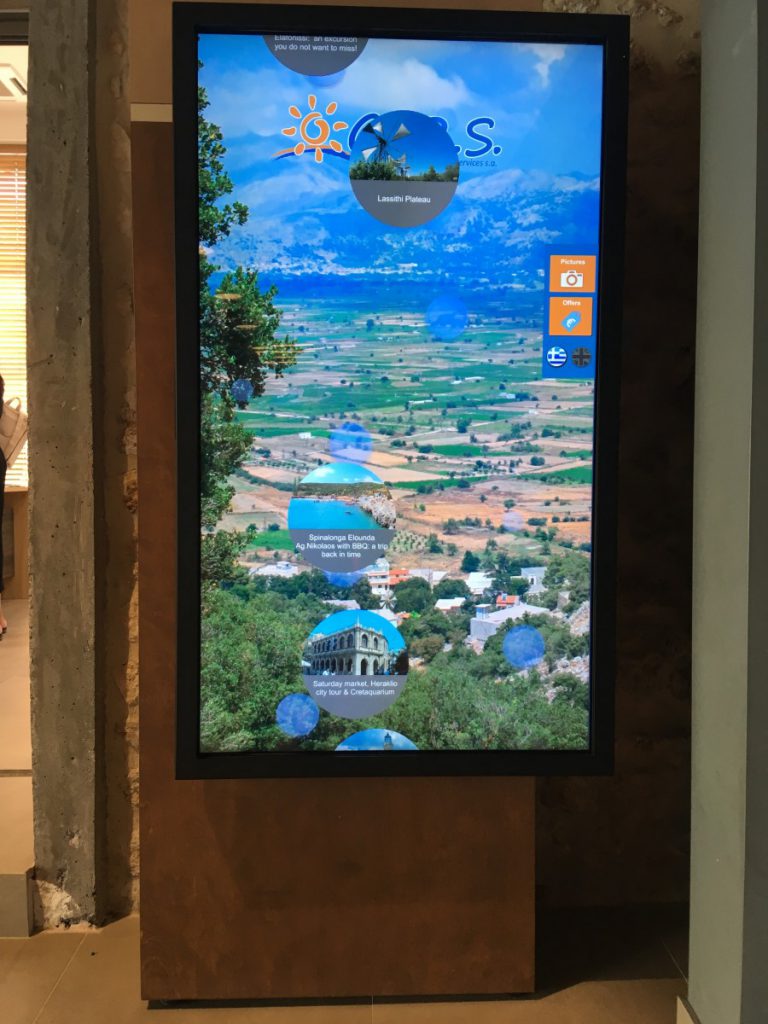